"@JustisJames1: About 5 months ago I said that one day I will make a film that will top @SpikeLee and he retweeted it."I Want You To.Make It 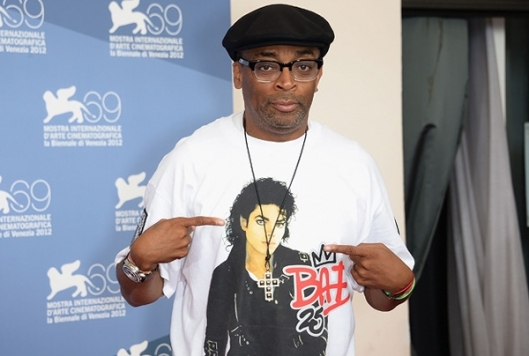 Spike Lee wants me to make it. I don’t think I’ve ever had anyone say that to me before in music or film so to have it come from Spike Lee himself is even more motivational. It all started about 5 months ago when I told him that I’d top one of his movies one day and he re-tweeted it. And yesterday he told me that he wanted me to make it so today I’m writing this to let my fans and supporters know about it. Spike Lee has classics under his belt so of course it wouldn’t be an easy task to top one of his films (25th Hour, Do The Right Thing, Inside Man, Mo Better Blues, Malcolm X, Crooklyn, School Daze, Red Hook Summer, She’s Gotta have It, He Got Game, and the list can go on and on.) I just wanted to say thank you Spike for believing in me. I hear there will be an Inside Man 2, and can’t wait to see it. Much love.

“If they can’t hear it, the crown don’t belong to them. Who’s bad?, wish I’d made a song with him”

17 thoughts on “@SpikeLee Wants Me To Make It”

I Had To Change The Name Of My Shoe Brand